We are grateful to our category sponsors who ensure that we are able to offer these unique awards every year.

The ABSW Board is seeking nominations for its 2021 Lifetime Achievement Award; this award recognises contributions in leadership and service to science journalism or science writing, including but not limited to:

"I’m very pleased to present the lifetime achievement award, which goes to a member of the UK journalism science community who has consistently set an exemplary standard in his or her work throughout their career.

This year the award goes to a journalist who has been a great example for women looking to make a career in science journalism. Most recently she has been teaching on Imperial College’s Science Communication Masters course. But she’s done excellent work for many outlets and institutions including Nature, New Scientist, the Times Higher, the Royal Society, European Commission and Grantham Institute for Climate Change. She has contributed to decades of science programming on BBC and ABC radio. She has made many audio and video podcasts for the British Journal of Surgery, the Royal Society and the British Psychological Society. From 2001 to 2014 she was the Editor of People & Science, the magazine of the British Science Association.

Perhaps most importantly she’s never shied away from controversial reporting. You can see that in her book, The Plague Makers, an introduction to biological warfare, and her reporting on The Water Wars in Nature, stressing that conflicts really were originating from access to water.

She has media-trained hundreds of scientists in organisations including the Biotechnological and Biological Sciences Research Council (BBSRC), the National Trust and the British Psychological Society.  She has served as an adviser to the BBSRC as a member of its Bioscience in Society panel, and on the BBSRC’s Institute Assessment panel.

She’s also done great service to the ABSW itself, long serving on our committee, becoming our second female chair from 1993-1995, and judging our awards. She helped set up the Wellcome Trust bursaries, which funded science journalism training and placements."

For editing achievements in STEM subjects that go beyond the ordinary; this may include but is not restricted to:

British Science Journalist of the Year (£1,000)

For excellence and creativity in journalism; this may include but is not limited to:

For an in-depth investigation into a topic of interest, leading to a conclusion. Submissions should detail any lengthy or complicated evidence gathering, and any difficulties faced.

For making complicated ideas accessible to the non-specialist general public and in outlets that do not normally cover science stories.

STEM publications and programmes, publications that routinely and frequently publish STEM articles, or STEM sections of publications (New Scientist, BBC Radio Inside Science) are not eligible.

For a specific article aimed at a lay audience.

Individual submissions only; the winner will be offered media skills training through the Dr Katharine Giles Fund.

Feature of the Year: general audience (£500)

For a feature published in print or online in any title that is primarily consumed by, and aimed at, a general, lay audience, whether broadsheet or tabloid in style.

The feature may be part of a series or a standalone piece.

Feature of the Year: specialist audience (£500)

For a feature published in print or online in any title that targets specific, specialist audiences such as scientists, health professionals, chemists or engineers, whether trade press or other specialist publication.

For a single news item published or broadcast in any medium. Examples include breaking news stories and first in-depth reports.

The Royal Society Audio of the Year (£1,000)
For a programme or podcast where STEM is the primary issue covered.

The award can be for a single programme or series, although only one item in the series can be entered.

For science writers who published their first piece within the past three years (01 January 2018 – 31 December 2020).

Entrants should be currently working in journalism, whether freelance or staff, full-time or part-time.

For a programme where STEM is the primary issue covered.

The award can be for a single programme or series, although only one item in the series can be entered.

News Analysis or Explanatory Reporting of the Year (£500)

For stories that are neither hard news nor fully-fledged features that provide an insightful explanation of science behind the headlines and valuable new context and background to the news.

For stories that tackle policy and funding agendas related to science and technology research.

For written work that expresses an opinion or aims to change opinion. This includes opinion columns, editorial and blogs. 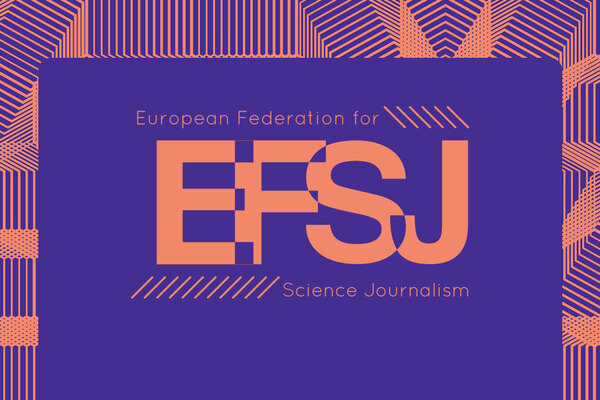 European Science Journalist of the Year 2021 Recognising and promoting excellence and innovation in science, technology, engineering and mathematics journalism across Europe
ABSW Awards 2021: sponsors
ABSW Awards 2020: shortlist and winners Details of the 2020 shortlist and winners, along with a report from the Awards Panel Chairs
ABSW Awards 2020: judges
ABSW Awards 2019: winners
Join ABSW Join ABSW today to enjoy a full range of services for science writers
The Association of British Science Writers is registered in England and Wales under company number 07376343 at 76 Glebe Lane, Barming, Maidstone, Kent, ME16 9BD.
Log in | Powered by White Fuse