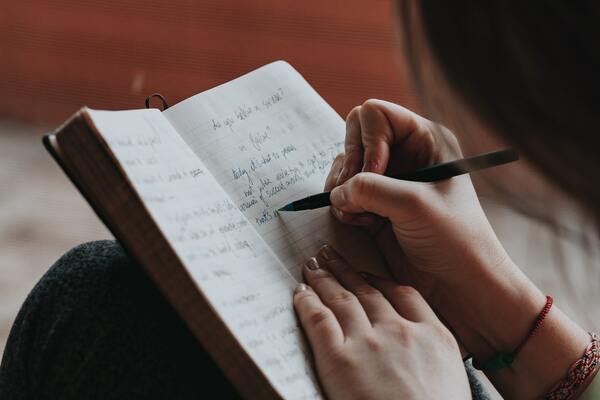 ABSW launches new prize for teenage writers, with support from the Royal Institution and the BBC

The Association of British Science Writers (ABSW) has joined forces with the Royal Institution (Ri) and the BBC, on a new award scheme to help nurture aspiring science writers (launched on 1 March 2022).

The ABSW Young Science Writer of the Year award is designed to get students aged 14-16 thinking and writing about the big questions in science, technology, engineering and maths, with a focus on how science impacts on policymaking and society.

Open to any 14 to 16 year-old student from non-selective state-funded schools, the prize will be awarded annually. In 2022, regional entries are invited from four areas of the UK. This reflects the aim of the award’s sponsors and conceivers, the O’Brien family, to raise the likelihood of entries from students at schools in disadvantaged areas. All project partners want to remove barriers to entry such as the perceived lesser chance of success inherent in a national competition. In future years the competition will be open to schools in different geographic areas of the UK.

Alex O’Brien, ABSW board member, said: “There is no greater joy for us as a family to help present opportunities to those children who otherwise would not have them. With this award we want to show that no matter your background, if you work hard and aim high you, too, can succeed.”

The award is introduced as the rise of mis-information and dis-information, which is disproportionately consumed by young people, is of increasing concern to children’s charities worldwide.

A report published by UNICEF last year cites research from Germany in which 76% of 14 to 24-year-olds reported seeing online mis/dis-information at least once a week – a rise of 50% in just two years – and further research from the UK, which found that only 2% of children and young people have the critical literacy skills they need to judge whether a news story is real or false.

By nurturing aspiring young science writers now, the ABSW and Ri hope that the Prize will help maintain robust, evidence-based science writing in the future, contributing to one of UNICEF’s calls for educators to engage in children’s media activities, help develop their critical thinking, and support media and information literacy programmes.

Andy Extance, Chair of the ABSW, said: “As science writers we have a responsibility to help mitigate the rise of ‘fake news’ which is so harmful in undermining public trust in evidence-based research and science reporting. Through our Young Science Writer’s Prize we will be encouraging the journalists and media commentators of tomorrow, in the many ways to help bring context and perspective to readers as they explore the social, ethical, and political implications of scientific advances.”

Daniel Glaser, Director of Science Engagement at the Royal Institution, said: “At the Ri we have many activities designed to help young people to develop critical thinking skills, the confidence to have an opinion, and the confidence to hold and communicate a position backed up by the scientific process of exploration and evidence.

So we are delighted to be supporting the ABSW as they launch this significant new competition, with a particular emphasis on creating opportunities for students from schools in disadvantaged areas.”

The Young Science Writer of the Year opens for entries on Tuesday 1 March 2022 and will close on Friday 8 April. Essays of up to 800 words, on any STEM subject, are invited from pupils in Glasgow, Cardiff, Birmingham and the London Borough of Newham.

The 2022 award winner will receive £1000 to help with their writing development and a year’s ABSW membership, and will benefit from mentoring from a senior science writer as they seek to explore a potential career in science communication.

The winning entry will be published on the BBC News website, with the writer and their entire class being invited to a science communication event in the Ri’s world-famous theatre in late June.

The report ‘Digital misinformation / disinformation and children’, published in August 2021 by UNICEF’s Office of Global Insight and Policy, cites various studies undertaken by 3rd party organisations worldwide, including the UK’s 2018 Commission on Fake News and Critical Literacy in Schools, which found that only 2 per cent of children and young people have the critical literacy skills they need to judge whether a news story is real or false; and research published in December 2020 by the Vodafone Foundation Germany in which 76 per cent of 14 to 24-year-olds reported seeing online mis/disinformation at least once a week.

The Association of British Science Writers is a membership association for media professionals who cover science, medicine, environment, mathematics, engineering and technology.

Celebrating its 75th anniversary in 2022, the ABSW offers training and networking events, professional development and special interest groups, access to scientific journals and other science writing resources, and an annual awards scheme that celebrates excellence in science journalism.

About the Royal Institution

The Royal Institution’s (Ri) vision is for a world where everyone is inspired to think more deeply about science and its place in our lives. Home to eminent scientists such as Michael Faraday, Humphry Davy, Kathleen Lonsdale and John Tyndall, its discoveries have helped to shape the modern world. Just as importantly these scientists recognised the importance of sharing their work with the wider public.

Today it continues its mission to build on its heritage and create opportunities for everyone to discover, discuss and critically examine science and how it shapes the world around us. An independent registered charity, the Ri provides science education, public engagement, and heritage activities for people of all ages and backgrounds across the UK and around the world. These activities include the world-famous CHRISTMAS LECTURES; public talks from the world's greatest thinkers in its historic lecture theatre and livestreamed online; a successful YouTube channel with over 1 million subscribers, a national programme of Ri Masterclasses for young people in mathematics, engineering and computer science; hands-on science workshops in its L'Oréal Young Scientist Centre; award winning animations and films; and the preservation of its scientific legacy through the Faraday Museum and archival collections.