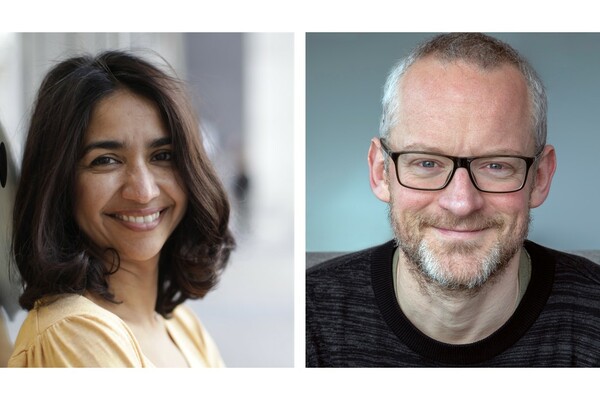 The future of science journalism: perspectives from two winners from the 2021 ABSW Awards
27 Jan 2022 5:00pm

As 2022 rolls around with the world still firmly in the grasp of the Covid pandemic, we want to assess its impact on our profession, and how it will shape the future of science journalism.

With the ABSW’s annual awards open for submissions until 31 January, two winners of the 2021 ABSW awards will give us their perspectives.

Winner, Opinion Piece or Editorial of the Year

Anjana is a freelance science journalist and an award-winning columnist at the Financial Times. She also contributes to other outlets, including the New Statesman, and was formerly a columnist and feature writer at The Times.

With Wellcome Trust director Sir Jeremy Farrar, Anjana co-authored the Sunday Times 2021 bestseller Spike: The Virus Vs. The People - the Inside Story , a revelatory behind-the-scenes account of the Covid-19 pandemic both in the UK and globally (the updated paperback is out in February 2022).

She is a trustee of the charity Sense about Science, which champions the use of evidence in public life, and a supporter of Speakers For Schools, which connects leading professionals to state school pupils. She has a PhD in space physics from Imperial College London and a postgraduate diploma in newspaper journalism from City University.

Tom Chivers is a science writer and author, and the science editor at UnHerd.com. He was the 2021 Association of British Science Writers' science journalist of the year, and has twice been awarded a Royal Statistical Society “statistical excellence in journalism” prize, in 2018 and 2020.

He is the author of two books, How To Read Numbers (2021) and The Rationalist’s Guide to the Galaxy: Superintelligent AI and the Geeks Who are Trying to Solve Humanity’s Future (originally titled The AI Does Not Hate You), which was declared one of The Times’s science books of 2019.

He worked for seven years at The Telegraph and three years at BuzzFeed before going freelance in 2018, and was once described by Sir Terry Pratchett as “far too nice to be a journalist”.

Registration is now open and will close at 15:30 GMT on Thursday 27 January 2022. This event is free for ABSW members and £5 for non-members.