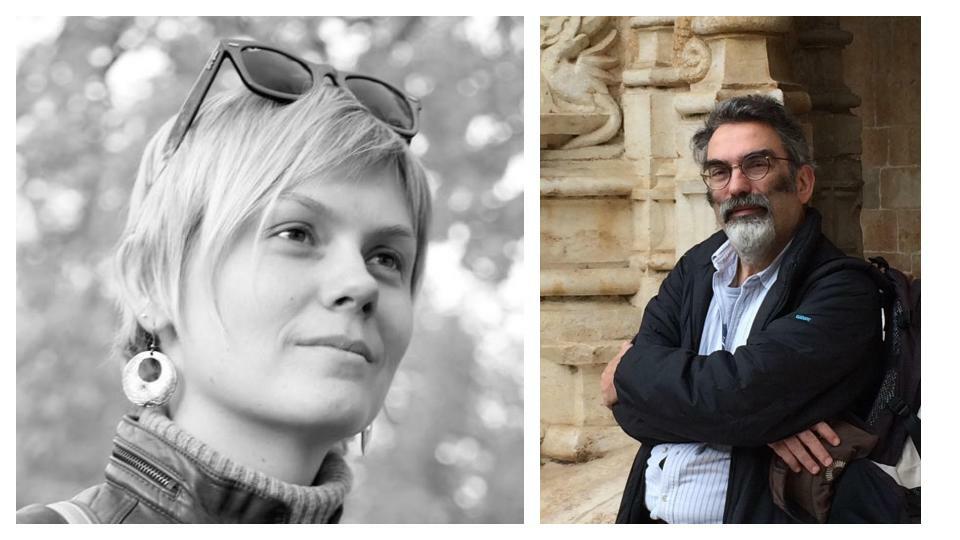 The challenges facing science writing and how to tackle them: perspectives from two ABSW British Science Journalists of the Year

As we look forward to 2021 with fragile hope, it’s time to take stock of the challenges facing science writing and how to tackle them. And with the ABSW’s annual awards now open for submissions, the last two winners of our British Science Journalist of the Year Award will give us their perspectives.

Katia is an award-winning science and technology journalist whose  work has appeared on the pages of The Economist, WIRED, Scientific American, BBC Future, New Scientist, Science, Nature and Space.com, among others. Her TV reports have been featured on BBC World News, and she has appeared numerous times on BBC radio programmes, such as Science in Action, Click, and Europe Today.

A former staff writer for BBC News, Katia has also worked as a freelancer at CBC Radio Canada, producing reports for the science radio show SciTech File, and also at the Associated Press in Moscow.

Then we will hear from Oliver Morton, briefings editor at The Economist, and British Science Journalist of the Year 2020.

Oliver writes about scientific and technological change and their effects. He concentrates on the understanding and imagining of planetary processes, with climate change on Earth foremost among them.

He was previously Chief News and Features Editor at Nature and editor of WIRED UK, and has contributed to a wide range of other publications, including the New York Times, the New Yorker and the Hollywood Reporter. His journalism has won various professional awards, and his only foray into science fiction, The Albian Message, was selected for Year’s Best SF 11 (2006), among other anthologies.

He is the author of four books: Mapping Mars: Science, Imagination and the Birth of a World (2002), which was shortlisted for The Guardian First Book Award; Eating the Sun: How Plants Power the Planet (2007), a book of the year in The Spectator and The Times Literary Supplement; The Planet Remade: How Geoengineering Could Change the World (2015), longlisted for the Samuel Johnson Prize and shortlisted for the Insight Investment Royal Society Book Prize; and The Moon: A History for the Future (2019), a The Sunday Times science book of the year.

He is an honorary professor in the Department of Science, Technology, Engineering and Public Policy at UCL and has a degree in the history and philosophy of science from Cambridge University. Asteroid 10716 Olivermorton is named in his honour.

Katia and Oliver will each speak about their perspectives for around 20 minutes, then we will have about 20 minutes of discussion and questions and answers. Sign up below to join us on Tuesday 26 January – and don’t forget to enter for this year’s awards!

Attendance at this lecture is free for ABSW members, and £5 for non-members. To benefit from free attendance at ABSW events like this and free entry to our awards, don't delay, become a member today.