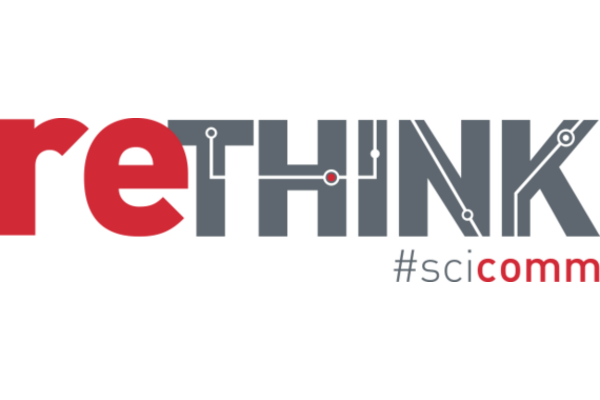 Three insights for science writers from the Covid-19 pandemic

Reflections from Andy Ridgway, Senior Lecturer in Science Communication, University of the West of England and RETHINK principal investigator
9 Dec 2021

We’ve all been presented with difficult conundrums at some stage during the pandemic. Should I go to that Christmas party? Should I go to the pub when I know it might be packed? I really need a holiday, but do I run the risk of getting stuck abroad with a positive Covid test?

Within the RETHINK science communication research project we’ve been trying to unpick how people make decisions when they are faced with these continuing questions and uncertainties during the pandemic. What do they think about, what do they read and who do they listen to? This research into people’s ‘sense-making practices’ as they are described has provided some useful insights for science writers – but it’s also thrown up a thorny question.

The EU-funded RETHINK project started back in January 2019. Pre pandemic. Pre Brexit. A different time in some respects. So when the pandemic came along in 2020, it led to a shift in research focus. As dreadful as the pandemic was and continues to be, it presented an unrivalled opportunity to lift the lid on how people make sense of science at the very moment it was happening. How does the science they read and hear inform the opinions they form and the decision they take?

So during the first wave of the pandemic we conducted over 80 interviews in eight countries across Europe, including The Netherlands, Germany, Italy and the UK, to investigate this sense-making process. Our RETHINK colleagues at Vrije Universiteit Amsterdam led this process, which involved researchers from across Europe, including at UWE Bristol in the UK, who conducted interviews with volunteers. These researchers cast the net for interviewees wide to capture as wide a range of perspectives as possible. They did a pretty good job – the interviewees included a self-employed acrobat in Germany, a DJ in Poland, a professional food tester in Sweden and a Dutch truck driver.

The thing is, if someone said to you “Okay, so how have you been making sense of the pandemic?”, chances are you would find that a tough question to answer. Most of us don’t consciously think through our thought processes, the things we heard on the radio and the stuff we read, that ultimately informed our decision on whether to go to that party, to the pub, or on holiday to Portugal. For the most part, our sense-making is something that just happens.

To get round this, we first asked the interviewees to describe moments in time during the pandemic that stood out in their minds. Perhaps when the first national lockdown was announced. Or when new regulations on face masks came along. What was important was that it was something that presented them with questions and uncertainties. So, then we could zoom in and start to explore the sense-making that followed - what was going through their minds, what they read and who they listened to.

These interviews provided some insights that are useful for those of us who write about science:

But there’s also useful food for thought that may help to address this question, at least in part. While as writers we do try to adapt what we write to our readers, is there a way we can take that to a new level, so it’s even more relevant to their personal context – their everyday realities that shape how they perceive our words? Does online publishing and the micro-communities it gives us access to provide us with an opportunity to take an even more fine-grained approach to adapting what we write to different audiences

Also, when we write about areas of research where the science is more fluid, subject to change, is there a way to pick a way through that research to provide readers with some level of certainty?

Then there are the sense-making practices of ourselves as writers. When we’re researching a story, our own contexts, values and beliefs inform what we consider to be a valid research source, a valid opinion. So, is there a way we can connect with new readers by being more reflexive about our own sense-making? It might take us into uncomfortable territory in terms of the views and ideas that this challenges us to acknowledge in what we write. In some cases, maybe it’s a question of recognising rather than legitimising these views and ideas.

There are lot of questions here, mainly because I’m still trying to make sense of the sense-making research myself. If you’re interested in finding out more, take a look at this video and this more in-depth report about the research.

Andy Ridgway is a Senior Lecturer in Science Communication at the University of the West of England and is RETHINK principal investigator for UWE. He also works as a science journalist and tweets at @AndyRidgway1