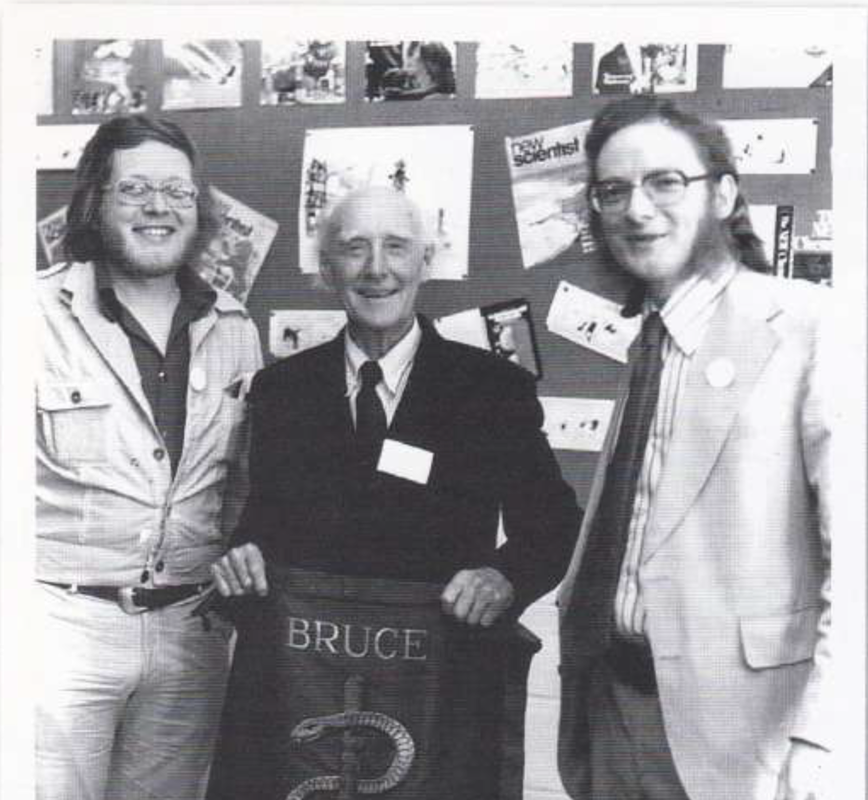 Former ABSW Chair Bernard Dixon died on 30 October 2020. For me, it was the permanent twinkle in his eye that relieved Bernard Dixon from resembling a stern Edwardian uncle. Red hair, long side-whiskers, rimless spectacles - it was easy to see how he came across as an establishment figure, slightly distracted and aloof: far from it.

Born in Darlington in 1938, Bernard studied microbiology at Newcastle University and entered the world of science journalism, working firstly for a GP free sheet, World Medicine, before moving to the New Scientist in 1969.

As an editor he made his mark. He commissioned cartoons from David Austin and Bill Tidy, and persuaded member of Parliament Tam Dalyell to contribute a weekly column. The latter was particularly relevant, as Bernard was a fierce advocate of scrutinising the relationship between government policymaking and society.  He campaigned against the use of antibiotics in animals, which contributes to antibiotic resistance in humans.

Bernard was passionate about assisting and encouraging reporters.  He took on the role of Chair of the ABSW in 1971, where Kath Adams became his personal assistant and later long- term partner. According to Mike Kenward, Bernard’s successor, Bernard was instrumental in using New Scientist money - helped by the book fund that sold unwanted review books—to support the ABSW.  These funds were used to contribute to joining fees and travel expenses for members who wanted to take part in European Union of Science Journalists' Associations trips.

Bernard organised memorable ABSW lunches, including a grand affair at The Dorchester. There, then-young hacks gave Prime Minister Margaret Thatcher a savage grilling. When I met Bernard doing editorial PR for the magazine he decided that, as a young Scouser newly arrived in London, I was perhaps ignorant of fine dining.  With his colleague and friend Nick Valery, we hit all of the city’s top restaurants - with the proviso that if I wanted to entertain and impress science editors, this was how to do it.

He was a man of eclectic tastes.  He loved Scottish folk music, whisky and wine, and collected and dealt in scientific and medical books.

Bernard left the New Scientist to work freelance and write books, including the acclaimed What Is Science For and Beyond the Magic Bullet. One of his more memorable jobs was as adviser to Bob Guccione, founder of Penthouse and Omni, a publication of science and science fiction. At one of Bernard’s many leaving parties an extensive collection of bling jewellery was donated by Bob towards his leaving gifts. Bernard’s generosity and concern for ex-colleagues extended to inviting New Scientist staff to Guccione’s lavish bashes.

Bernard was a star…and his twinkle will linger on.